From September 1 – 4, 2019, Chairman Xu Junsheng led the JNG delegation to Bangkok, Thailand for the 37th ASEAN Ministers on Energy Meeting and ASEAN Energy Business Forum, which saw leaders in government, industry and academia, including ASEAN energy ministers and national oil company executives, come together to discuss future energy trends, the clean use of coal and substantiable sources in the ASEAN region.

Chairman Xu and the Vice Minister of Industry and Trade of Vietnam (in charge of energy affairs), H.E. Dang Hoang An, held a bilateral meeting on the sidelines of the second day of the forum, in which they talked about the specific needs of Vietnam’s power and refinery industry and where it is headed towards in the future. Chairman Xu gave an introduction on JNG’s technology and explained the impact the technology will bring to Vietnam, an agricultural state that imports large quantities of ammonium sulfate fertilizers. His remarks were very well received by the Vietnamese delegation, and Vice Minister Dang extended his invitation to Chairman Xu multiple times during the meeting for a trip to Vietnam to conduct technical exchanges and site visits at coal-fired power plants and oil companies.
During the ASEAN forum, the JNG delegation also met with executives and technical experts from many ASEAN national oil and power companies, including Petronas and Tenaga from Malaysia, Indonesia Power as well as Thailand’s PTT for in-depth discussion on ASEAN’s energy landscape, its market potential and desulfurization needs.

Like India, Southeast Asia is a market with emerging demand for desulfurization technology, a major destination for ammonium sulfate fertilizers and a region in which JNG’s ammonia-based technology has wide array of applications. JNG’s participation in the ASEAN forum has laid a solid foundation for the company’s future ventures in Southeast Asia. 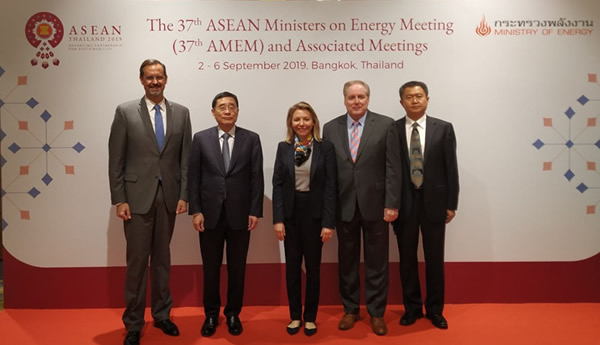 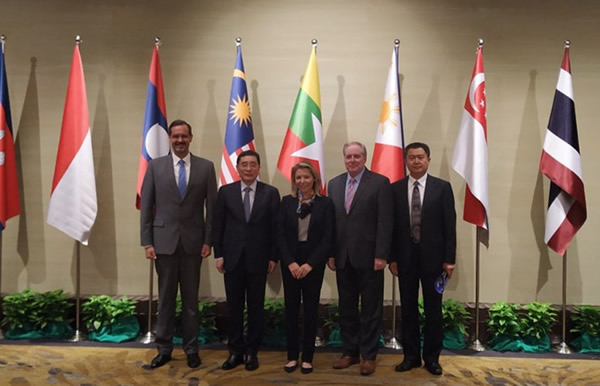